My Heart Belongs to a Boss 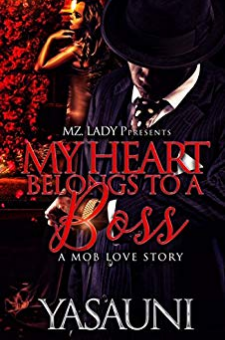 Takhiya never had an easy life. Since the day she was thrown into this mean world, her fate had been decided. Living a life consisting of drugs and prostitution left Takhiya feeling like no one could help her, and she was alone in this jungle. All of that changes when she runs into LaQuan. LaQuan instantly sees past the life that she was thrown into and sees that she is crying out for help. He goes against everything he believes in to help a stranger, not knowing that this would change his life forever.With a confirmation from the streets, LaQuan knows that he is as close to a king in the streets as he could get without actually being the king. He has everything that he needs to take over the west side of Chicago. He has a woman that supports him and a right-hand man by his side that would kill for him. Until he crosses paths with the wrong people and everyone he loves life is jeopardized, including Takhiya.After having married the wrong woman, Bryce has promised himself never to love another woman. He runs into Takhiya and falls hard for her voluptuous curves and nonchalant attitude. Being the boss that he is, it’s hard for him to hear the word no and not get what he wants. Being in a complicated position, Takhiya wants nothing to do with Bryce, but that's her problem and not his. Will she fight the inevitable or will Takhiya come to love his take charge demeanor and fall hard for a mob boss?