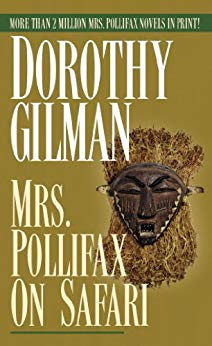 “Mrs. Pollifax is the American cousin to Agatha Christie's Miss Marple.”—Toronto StarNow the incredible Mrs. Pollifax has been sent on a safari to smoke out a very clever international assassin whose next target is the president of Zambia. “Just take a lot of pictures of everyone on that safari,” the CIA man told her. “One of them has to be our man.”It sounded simple enough. But it wasn't. Because shortly after Mrs. Pollifax started taking pictures, someone stole her film. And right after that she was kidnapped by Rhodesian terrorists. And right after that—well, read for yourself. . . “Mrs. Pollifax is an enchantress.”—The New York Times