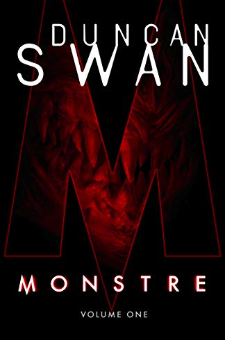 THERE IS NO STOPPING IT. THE CLOUD IS ARMAGEDDON, STEAMROLLING THE WORLD AT A WALKING PACE.Day 0. From the wreckage of a research facility in Switzerland, a plume of toxic smoke and ash pours into the sky, forming an impenetrable cloud that is slowly smothering the world in darkness. As Europe disappears beneath the Cloud, a squad of United States marines are sent on a desperate mission to find out what went wrong, and how to undo it before it’s too late. Venturing into a cold, dark world, the marines must travel deep under the Cloud, with no comms, no backup, and no idea of what they will face.Day 89. Half a world away, the Cloud has reached the East Coast of the US. With nowhere to run and no hope of survival, the American people have descended into madness, turning on themselves and each other. From the sidelines, an old Tennessee sheriff watches as his country unravels. But he can’t bring himself to take the easy way out. Quitting isn’t in his DNA. So when one of his deputies asks him to help protect her family, he leads them west, chasing a miracle—a rumor of an old nuclear bunker that just may be their only hope for survival. Because if the Cloud doesn’t kill them, what’s hiding in the dark will.In his thrilling debut novel MONSTRE, author Duncan Swan crafts a relentless, terrifying, genre-bending tale of courage, desperation, and redemption that shows just how fragile our civilization is, and how far we will go to survive