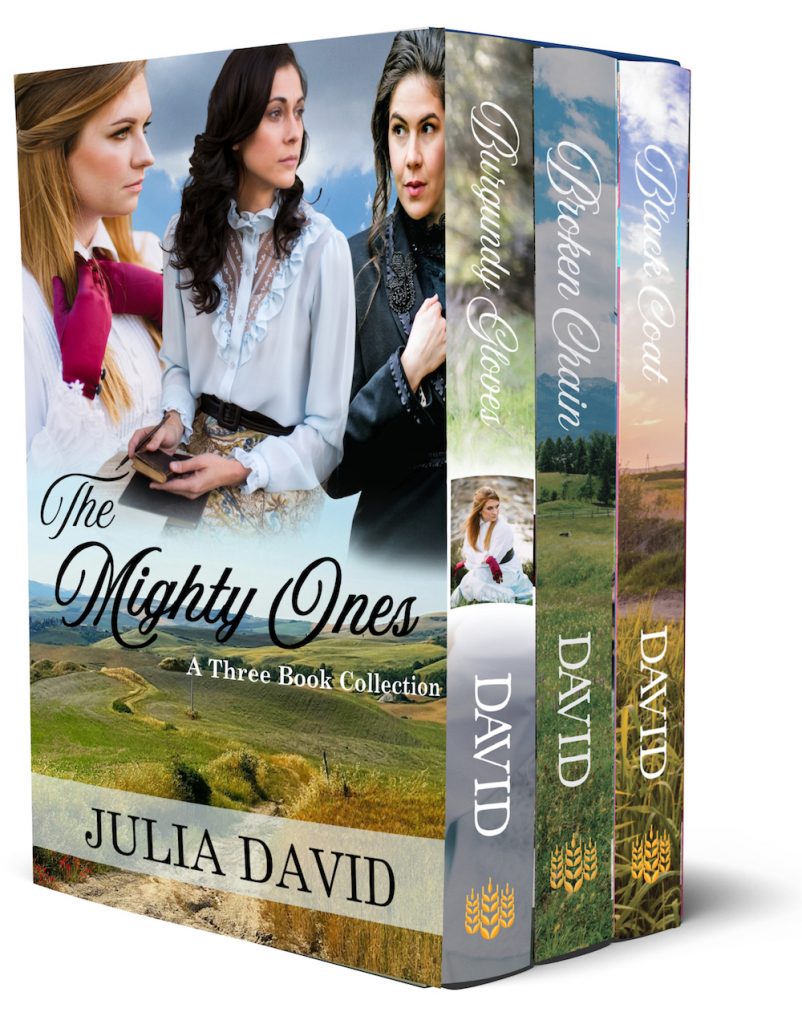 In the 1870's Michigan backwoods churchyard, the Graham boys chased and teased the Von Keller girls. Two families joined in friendship through faith and tragedy. Though long separated, years later their lives take uncertain paths back towards love and redemption.

Burgundy Gloves: Middle son, Levi Graham is content with his beloved dog Patch and his solitary life as a backwoods trapper, until he is forced into the role of Good Samaritan. Poor Allison is abandoned and left for dead. Without a clear memory, she has no choice but to rely on this rugged man of simple faith. Tension and the high risk of surrender try to keep these opposites from finding their way to a new beginning.

Broken Chain: The youngest and carefree son, Benjamin Graham is far from home and out of luck. Desperate for work and a good meal, he lands on the Von Keller dairy farm. Unfortunately, his mistakes follow him and he makes a rash move for the VonKeller middle daughter Nadine. Needing a second chance to prove his worth, he takes off for the Indian reservation to find the Von Kellers eldest daughter. Missionary and suffragette, Margaret's life hangs by a thread. With strict orders to bring her home; what he finds will test every ounce of his integrity. And very well may change his heart from reckless to reliable. A gentle friendship to unexpected love.

Black Coat: Nadine Von Keller has run from everything safe and secure only to find herself trapped in the smoke-filled Silver Holiday hotel room. Handsome railroad boss Hayes Sullivan makes it in time, but Nadine doesn't want to be saved by him or anyone else. With only a black coat to wrap around her lies and desperation, she has little choice. Can she trust in the small gifts and kindness of others? Has the shame of her past stolen any chance for her future?
Will Hayes's haunted past suffocate his growing feelings for her? Can grace come in like a flood to awaken the possibilities?