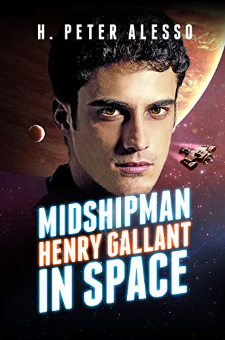 As the last starfighter, only Henry Gallant can stop the alien invasion. In an era of genetic engineering, Henry Gallant is the only Natural left in the United Planets' fleet.With the fleet on the verge of annihilation from invading aliens, analyzing the captured computer in Gallant's possession is critical to stopping the invasion. He can expect no help as he navigates through threatening aliens on his way to Mars. His shipmates doubt he is up to the challenge.But as the last starfighter in Squadron 111, the lives of his shipmates, as well as a good many others, depends on Henry Gallant. For Fans of Honor Harrington and Horatio Hornblower.