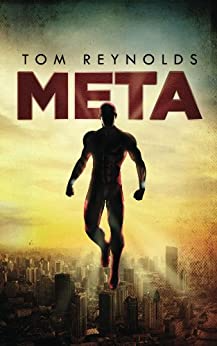 It’s been ten years since Connor Connolly lost his parents in The Battle, a fight between The Governor and Jones, two of the world's strongest metas. Before 'The Battle' the world had been full of metas, super-powered humans whose amazing abilities came from mysterious wristbands. After that day they’ve never been seen again.Now 16 years old, Connor lives in Bay View City with his older brother Derrick, a meta-obsessed blogger, where he's just trying to keep his head down long enough to survive high school. All that changes the night he attempts to save a girl's life and wakes up to find the first new pair of metabands anyone has seen in a decade, tightly wrapped around his wrists. Connor soon finds an unlikely ally in Midnight, a masked vigilante. He help Connor harness his new abilities, while also trying to balance his summer job at the lake. As a meta, Connor becomes known as Omni, potentially the most powerful meta the world has ever seen. But it isn't long before he finds out he's no longer alone...