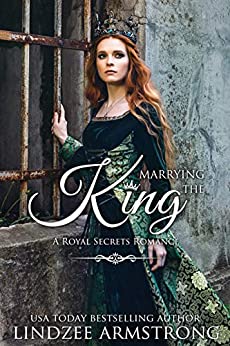 She's lost her memory. He's lost his heart. Can they find their happily ever after in the past?

Lexi has wasted her entire college career researching a dead-end. Her thesis on the sixteenth-century Durham queen, Alexandra, is going nowhere. How can she defend her doctoral dissertation if she can't even figure out where the queen was born? When she meets Nancy, Lexi doesn't think much of it—until she wakes up in the past without her memory.

King Richard's only goal is to keep Durham from war with Galia, even if it means marrying their princess whom he's never met. When his advisers bring news that the princess's ship was attacked, Richard is devastated—until he finds a beautiful girl washed up on shore and assumes she's the missing royal. Lexi has no memory of her past, but Richard's advisers urge him to press forward with wedding plans.

As Lexi grows more and more enamored with the kind-hearted king, memories of her past have her questioning her present—until another Galian princess arrives in Durham to take her deceased sister's place as queen. Will Lexi fight to stay in the past with Richard, or will she be forced to return to the future without him?

This heartwarming romance can be read as a stand-alone and has no cliffhangers and a guaranteed HEA. Snappy dialogue, complex characters, and laugh-out-loud scenes are sure to appeal to fans of Netflix's A Christmas Prince series. If you love time travel romances with a dash of amnesia, then you’ll love Marrying the King (previously published as The Pretend Princess as part of The Book Club Series). Grab your copy today!