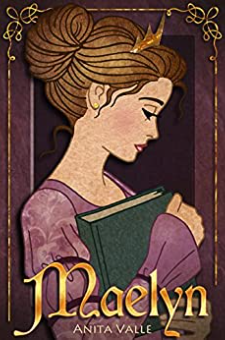 Is Maelyn a real princess? Or a royal mistake?Maelyn was not born a princess. The king found her as a child, the lone survivor of a poor village slaughtered by Red Fever. Suddenly she became a princess, the first of nine orphans adopted by the king..By her eighteenth year, Maelyn rules over her kingdom and a family of nine sisters. But some call the princesses frauds and imposters, a handful of urchins raised into royalty. Even Uncle Jarrod, the High King of Grunwold, seems determined to prove that Maelyn no longer deserves to be a princess. With a family losing faith in her, and a kingdom growing dangerously hostile, even Maelyn begins to wonder if she is truly a real princess. And if her riches will turn to rags once again….The Nine Princesses is a series that chronicles the adventures of an unconventional family of princesses, the struggles they face in a kingdom often hostile to their humble origins, and the day-to-day dramas of nine young women whose personalities often clash like swords. Fans of medieval fantasy and clean romance will enjoy this young-adult series. For more information go to www.anitavalleart.comBook DetailsLength: 174 pagesGenre: Young Adult FantasyMood: Heartwarming / RomanticContent: Minimal violence. No sex. Mild romance.Audience: Anyone who enjoys medieval fantasy or princess stories.Other Books by Anita ValleCORALINA: The Nine Princesses Book 2HEIDEL: The Nine Princesses Book 3BRIETTE: The Nine Princesses Book 4SINFUL CINDERELLA: Dark Fairy Tale Queen Series Book 1SNEAKY SNOW WHITE: Dark Fairy Tale Queen Series Book 2ROTTEN RAPUNZEL: Dark Fairy Tale Queen Series Book 3MONSTER MANOR: A novel for kids Try this beautiful princess story for teens and adults. Free with Kindle Unlimited!