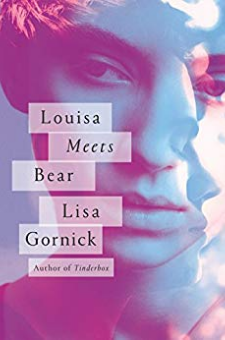 Extraordinary . . . When you reach the final page, you'll be sad to leave Gornick's universe behind.   "A" Entertainment WeeklyOne of the most perceptive, compassionate writers of fiction in America...Immensely talented and brave.   NPRChosen as a Fresh Pick for Your Book Club, Oprah.comBrilliantly Constructed... STARRED REVIEW Publishers WeeklyProfound Brilliance...STARRED REVIEW BooklistAchingly eloquent...MORE Summer Reads SelectionExquisite...BBC Best Beach Reads When Louisa and Bear meet at Princeton in 1975, sparks fly. Louisa is the sexually adventurous daughter of a geneticist, Bear the volatile son of a plumber. They dive headfirst into a passionate affair that will alter the course of their lives, changing how they define themselves in the years and relationships that follow. Lisa Gornick's "Louisa Meets Bear "is a gripping novel in interconnected stories from an author whose work "starts off like a brush fire and then engulfs and burns with fury" ("The Huffington Post").Reading "Louisa Meets Bear "is like assembling a jigsaw puzzle, as we uncover the subtle and startling connections between new characters and the star-crossed lovers. We meet a daughter who stabs her mother when she learns the truth about her father, a wife who sees herself clearly after finding a man dead on her office floor, a mother who discovers a girl in her teenage son's bed. Each character is striking, each rendered with Gornick's trademark sympathy and psychological acuity. We follow them over the course of a half century, from San Francisco to New York City and from Guatemala to Venice, through pregnancies, tragedies, and revelations, until we return to Louisa and Bear.With flawed and deeply human characters, and piercing insight into the lives of women, "Louisa Meets Bear "grapples with whether we can--or can't--choose how and whom we love.