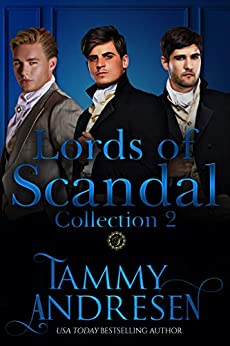 When a group of debutantes accidentally stumbles into a secret gaming hell, all hell is about to break loose...

Vice is his first, middle, and last name… can this angel save him?

The Viscount of Vice likes two types of women, the ones that fall easily into his bed and the ones that leave just as quickly. So why can’t he stop thinking about the sweet Miss Ada Chase? Her auburn hair and green eyes haunt his dreams, though they shouldn’t. She’s perfectly wrong for him…

He’s bad to the bone… and she looks oh so good.

The Baron of Baderness is too dark, too dangerous for any clear minded lady to consider. And Lady Grace has her choice of men. So why can’t she stop thinking about the one man she shouldn’t want?

He's a man of sin and she's tempting beyond belief…

The Earl of Sinclair is a man returning from the brink. Raising a daughter on his own and only just skirting financial disaster, he'll be the first to admit he needs help. But a beautiful tutor who whisks into house and begins making changes. He's not certain this was a good idea. It's one thing that his daughter loves her, but his own heart is in jeopardy.