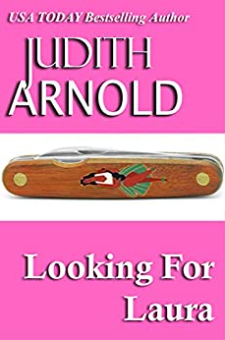 Sally Driver knew her marriage to Paul wasn't perfect. He'd wedded her only because he'd gotten her pregnant, and he had always been about doing the right thing. Or so Sally thought, until he died and she found a stash of steamy love letters from someone named Laura among his possessions.Sally wasn't the only person Paul had betrayed. Todd Sloane was Paul's best friend. Paul had shared everything with Todd, including his exasperation with his flaky trailer-trash wife. Yet Paul had never breathed a word to Todd about his illicit romance with the mysterious Laura.Sally is determined to confront the homewrecker, if only to reclaim the tacky pocket knife she'd once given Paul and he'd apparently passed along to Laura. Todd is determined to find out why Paul had kept his affair a secret from his closest buddy. But first they have to figure out who Laura is and how to find her. Although they despise each other, Sally and Todd realize their best strategy is to join forces in their search, little expecting that they might find something much more important along the way.