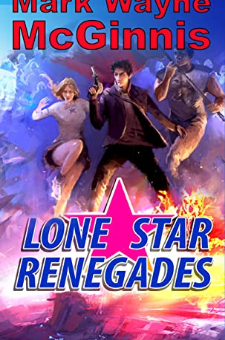 My name is Collin Frost. I’m a fairly unpopular seventeen-year-old high school student. This is my story … one that chronicles how my already dredge-of-a-life went from miserable to totally and irreversibly jacked. I guess I should start at the beginning … right before we were shanghaied-up into that alien spaceship. It all started on the way back from the game. I’m the kicker. We lost. It was because of me. Big surprise. But everything started to really go south when the school bus pulled up at another railroad crossing in just one more hicksville small town in rural Texas. At first, I didn’t see what the bus driver, the cheerleaders, or my teammates were gawking at. And there it was, hovering high up in the sky … a goliath-sized spaceship. I watched as the 6:15 Amtrak commuter train was unceremoniously sucked up into the spaceship’s gaping underbelly aperture. You guessed it, we were abducted. Right into the rank belly of what we later found out was called a sim rover collector ship. Do we survive the ordeal? Most definitely. In fact, our little group of alien abduction survivors go on to kick some major alien ass. At least for a while … But I’m getting ahead of myself here. Just know, sometimes … not often, but sometimes … the skinny kid, possessing no apparent talent, or aptitude for anything useful, does, in fact, rise to the occasion. Hey, maybe he even gets the girl, though the jury’s still out on that one.