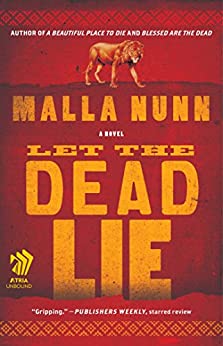 Emmanuel Cooper’s life has an “ex” through it: ex-soldier, ex-detective sergeant, and ex-white man. He now works undercover surveillance on the seedy Durban docks to make a living, documenting police corruption for his old boss. All of that changes when he discovers the body of a brutally murdered young errand boy, forcing Emmanuel out of the shadows. He decides that he has no choice but to elude the police in order to conduct his own unofficial investigation.

But after two more identical murders, Emmanuel becomes the police department’s prime suspect. Finding the serial killer is even more urgent than before. He dives into the Durban underworld for answers and finds the murders are part of something bigger than he could have imagined, and is soon deep into the politics within South Africa. Under the pressure of new racial segregation laws Emmanuel must find the killer before the Durban police pin the crimes on him.

Full of suspense and an unraveling mystery, Nunn offers a glimpse into South African politics during the 1950s and living under the racial segregation laws enforced by the National Party.