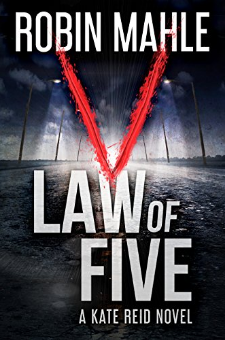 Kate Reid thought her past was long buried, but one man's obsession could threaten her future. "A gripping, psychological mystery" - D. Donovan, Midwest Book Review The nationwide manhunt for a killer begins and the media quickly dubs him the “Highway Hunter.” Bodies left roadside on display with horrific markings; a calling card. But this case is miles away from Katie Reid and Detective Marshall Avery.That is, until she gets the call from her old friend and reporter, Marc Aguilar, who believes that the killer could be coming their way. With Katie’s work at the San Diego Police Department and her recent personal struggles, questions are raised about the future. She resists the urge to consider Marc’s request, knowing Marshall will insist that this isn’t their fight.However, when an acquaintance is suspected of a murder all too similar to that of the so-called Highway Hunter, a dark shadow is cast upon the city. Now, the investigation is dropped at the doorstep of the SDPD and so is Katie’s friend, FBI Agent Nick Scarborough. With growing evidence suggesting there could be more than one killer, four lives have already been taken. Who will be number five?