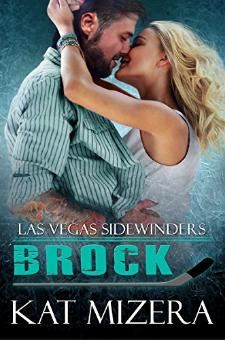 Brock Lassiter has it all: good looks, good health, and the best job in the world. As a defenseman for the Las Vegas Sidewinders hockey team, he’s the luckiest bastard on earth. If only he could stop getting in trouble. One more screw-up and the team won’t renew his contract. He needs to clean up his act, but he's not interested in a ball and chain—even if it comes in the form of the woman he’s been fantasizing about for years.

Hollywood starlet Ashleigh Hunter is living the dream with a role on one of the hottest shows on television. Her life would be complete if only she could adopt the sweet orphan girl she’s fallen in love with, but a single 25-year-old woman who spends the majority of her time in the spotlight may not be able to get custody.

When Brock and Ashleigh find themselves accidentally married, they balk. There’s no denying the chemistry between them, but a marriage of convenience? Who does that anymore? Apparently, they do—and it’s not what either of them are expecting.