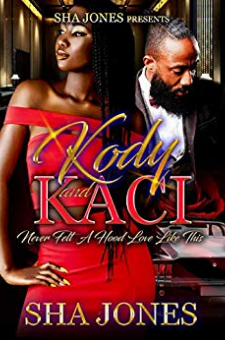 If it don’t make dollars, then it don’t make sense is the phrase that Kaci, a drop-dead gorgeous young girl believes in.With a body that can make a blind man see and a tongue slicker than oil, Kaci can easily bring a grown man to his knees and talk him right out of his pockets like a crooked preacher standing in the congregation.After her father’s untimely death when Kaci was just a little girl, Kaci, her brother Rodrick, and mother, Karen, are left to figure their lives out without the man that has always led the way and provided for them.With Karen’s new boyfriend J-Lo in the house, beating her silly, Kaci feels as though she’s living a nightmare, and the only outlet is sex, drugs, and money. She builds up strong resentment towards her mother and turns to the most dangerous streets of Houston.No longer having a father to teach her how to love herself, Kaci makes up her own rules and develops her own beliefs in how a woman is supposed to conduct herself.With a heart as cold as ice and a mind made of Teflon, Kaci lives life on the edge, that is until she finally meet her match, Kody.Not only is Kody paid, but he’s sexy and smart as hell. He also has a mind that’s just as tough as Kaci, and when their worlds collide, Kaci finds herself being swept off her feet.Kody is nothing like the men that Kaci is used to. He challenges her, makes her feel worthy, but he also plays hard to get, which only makes her want him even more.However, Kody isn’t as perfect as he seems.With Kody having a crazy baby mama straight out of hell, Kaci is now caught up in something that she never in a million years thought she would be caught up in.The rule that Kaci always taught herself was to never love a man, but now that Kody is so deep in her mind, she’s unsure of herself.Kaci has to make a decision; go back to what she knows or stick it out with Kody, knowing he comes with baggage.Find out what happened in another one of Sha Jones’ love story.