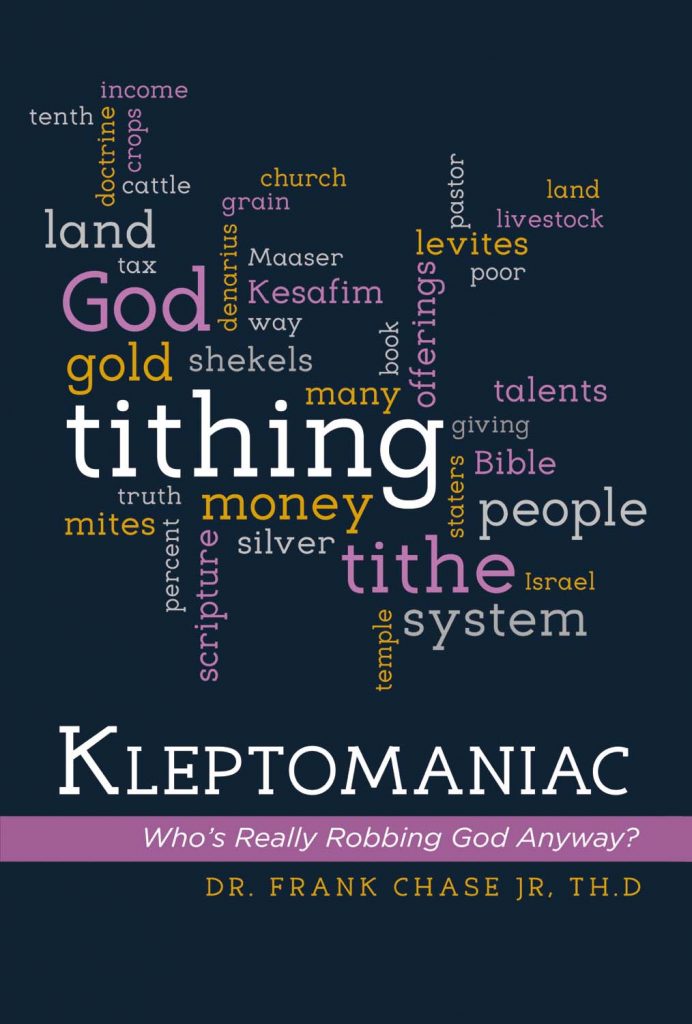 Kleptomaniac: Who's Really Robbing God Anyway? The Untwisted Truth About the Centuries Old Tithes and Offering Deception examines the history of church tithes, a practice from the early days of Christianity which takes a darker turn as its history and connections to actual Scripture are probed from its original applications to modern times. Monetary tithing has been taught as an undisputed fact in churches for centuries.

Kleptomaniac: Who's Really Robbing God Anyway challenges that assumption and puts modern tithe teachings under the microscope of scripture. This book examines the word tithe from the original Hebrew language and presents the authentic meaning of the orthodox term based on the land, language and literature of the Hebrew people. The message of the book is that ten percent of a person's income does not represent a biblical tithe. The biblical tithe has always been edible items. A monetary tithe of ten percent represents a tax for religious purposes. A true biblical tithe is narrowly limited to food and clean animals from inside the land of Israel. Also, true biblical tithing was never extended to crafts or trades, and since Jesus was never a farmer, nor headsman, he was not required to tithe.