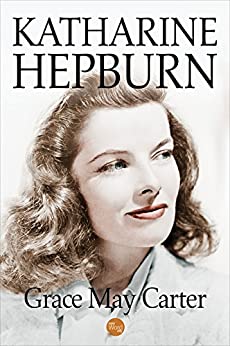 Katharine Hepburn was far more than an iconic movie star who won four Academy Awards for best actress (the most ever) and made classic films - The African Queen, The Philadelphia Story, and Guess Who's Coming to Dinner - that still rank among the greatest of all time. She also exerted a singular influence on American popular culture, challenging rigid assumptions about how women should behave - and almost single-handedly gave them permission to wear pants.

The list of adjectives used to describe Hepburn - bold, stubborn, witty, beautiful - only begin to hint at the complex woman who entranced audiences around the world (she could also be controlling, selfish, and self-righteous). So here is the full, epic story of "the patron saint of the independent American female," as one critic described her - from her breakthrough in Hollywood in the early 1930s to On Golden Pond in the 1980s to her dramatic affairs with Howard Hughes and Spencer Tracy and beyond. With her distinctive, patrician voice and tsunami-force personality, Hepburn always lived life strictly on her own terms. And oh, what a life it was.