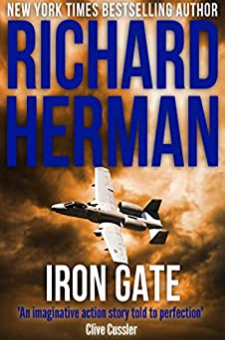 ‘Could very well be tomorrow’s headlines’ Clive CusslerFlying, fighting and dying, with a little loving on the side, Colonel Matt Pontowski is on a UN peacekeeping mission in South Africa. In his legendary wing he attempts to save the country from turning into a tribal bloodbath.Caught in the chaos of political collapse and a nuclear race, South Africa has become dangerously unstable and the atmosphere is hostile. White radicals have discovered the secret of cold nuclear fusion and are carving out their own nation in the growing political shambles.Suddenly the world is an alarmingly more dangerous place when super powers ally themselves with the warring factions. Nerve gas incidents, torture and callous murders are widespread regular occurrences. Soon Matt’s own men are among the casualties and innocent people are at the mercy of maniacs.When the United Nations intervenes, America’s national security advisor sends in a fledgling composite air wing under Matt Pontowski to support the UN mission. Before long Matt is thrust into the perilous realm of covert operations as he recalls the death of his beautiful Israeli wife Shoshana and the son he has left at home. In the midst of bureaucrats and misplaced loyalties, Matt begins to question his role in the mission. Has let himself become a pawn in somebody else’s game? Iron Gate is a gripping novel of daring combat and heroic exploits featuring Colonel Matt Pontowski. Praise for Richard Herman ‘An imaginative action story told to perfection’ Clive Cussler‘This is the sharp end, with vivid descriptions of air combat, the smell of hot oil and fear’ The Times‘A really fast-moving air force adventure story, with some superb action scenes which glue you to your seat’ Bookseller‘Gripping story … service politics, aerial combat and sharply drawn characterisation combine to make a first-rate action novel’ Yorkshire Evening Post‘Truly edge-of-the-seat exciting’ Dale Brown, author of Flight of the Old Dog‘Richard Herman Jnr — himself a former pilot with 200 combat missions under his belt — spins a superb web of tension’ Oxford TimesRichard Herman Jnr retired from the US Air Force in 1983 with the rank of Major after serving for twenty-one years. He has flown over 200 combat missions himself and was stationed in Vietnam, West Germany and Great Britain. He has flown the F-4 and C-130 and received five medals, including the Bronze Star. He and his English-born wife now live in Fair Oaks, California.