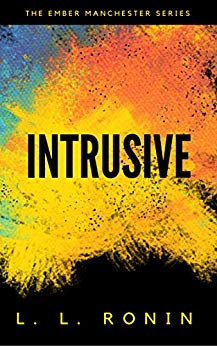 The Ember Manchester Series, an Action Adventure Thriller filled with Romance, Mystery and Suspense!Ember Manchester has it all. She’s beautiful, she’s rolling in money, and she has a job that she loves. Ember is one of the most renowned computer hackers in the world: respected, sought out by clients across the globe, and the absolute best at what she does. But she wants more, so when she’s hired by a mysterious client for a job unlike any other, she springs at the chance.She’s been tasked with a near impossible job: hack into a secure government agency, take down their firewall, and steal all of their money. After a job well done, her mysterious client reveals himself as Rylan Ford: a smug, arrogant, and oh so handsome man who simultaneously draws her in and gets under her skin. He reveals that she was hired as a test of her abilities. Wanting to see if she was as good as her reputation suggests, Ember passed his test with flying colors. He then offers her a job: he needs her help running a firm of hackers that take jobs all across the world.Initially reluctant to take the job, Ember finally agrees. Everything is going well until an old associate of hers materializes out of the past, blackmailing her for money and threatening her life. Unknown to Ember, however, Rylan also harbors a dark past, and his demons are much worse than Ember’s.Meanwhile, Ember finds herself falling in love with Rylan, who underneath his smug exterior is not much different than herself. When both of their dark pasts threaten to reveal themselves, will their relationship survive?And more importantly, will they?Standard Disclaimer: This story contains sexually graphic and explicit material and as such it is not suitable for minors. This story and characters are purely fictional and any resemblance to events or persons (living or dead) is purely coincidental. If you are offended by sexually explicit stories, please read no further. These stories are just that, stories, and do not promote or condone the activities described herein, especially when it comes to unsafe sexual practices or sex between adults and minors. The Ember Manchester Series, an Action Adventure Thriller filled with Romance, Mystery and Suspense!