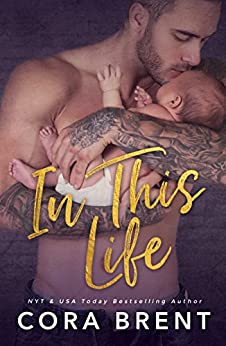 They weren't even friends.
But in the wake of a terrible tragedy they'll have to become something else...
A family.

KATHLEEN
He's a loner. He's also volatile, wickedly hot and unforgiving.
Probably not the kind of man anyone should trust with an infant.
Definitely not the kind of man any woman should trust with her heart.
When Nash Ryan returned to town for the sake of his baby brother I thought I already understood who he was.
I also thought I was done giving my heart away until he proved otherwise.
But we don't stand a chance.
Everything is ready to unravel.
And the secrets I've kept will be our undoing.

NASH
This isn't the first time I've known tragedy.
Maybe that's why I've chosen a solitary life.
But my self-imposed exile ends when a terrible twist of fate makes me
the guardian of my four-month-old brother.
Suddenly I've got a kid to raise and a family business to save and there's no time for anything else.
That's why Kathleen Doyle and I made this arrangement.
Once a skinny little girl who used to follow me around everywhere, she's now a single mom with flaming hair, a killer body and too many responsibilities.
We told each other it was just physical.
We told each other there were no strings attached, no expectations.
We lied.
And the consequences will cost us.
But I'm not surrendering this new family without a battle.
Because in this life we might only get one chance to have it all.