In Love With A East Coast Maniac 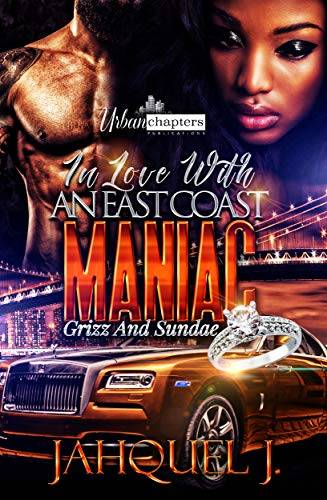 In this spin-off you'll meet Paisley. Paisley is in a relationship with Rome. Rome is in a relationship with multiple women, the streets and lastly Paisley. While she knows she deserves better, she sits by his side while he continues to disrespect her. Rome comes with a baby mother who isn't interested in being a mother, a one year old and a hand problem. Paisley spends her day working as a dental receptionist and her nights raising Syria and Rome's one year old daughter, Sayana. Manic wants Paisley. Paisley wants Rome. Manic has had his eye on Paisley for an entire year. When she finds herself inside his jewelry store pawning her promise ring, he sees this as his opportunity. Met with the revelation that she has a boyfriend. The mention of a boyfriend doesn't slow down his advances toward Paisley. Especially when he runs into her and she's sporting a black eye. While Paisley is trying to save her relationship, Manic is trying to save her. What if Manic is closer to her boyfriend than he thinks? Tweeti is adjusting to being a mother, wife and college student. With school taking up her time, she doesn't have as much time as she would like to spend with her son and husband. Coming from nothing she's determined to make her husband and son proud of her. When Jah starts acting weird, keeping late hours and getting caught up in lies, does she take a step back from school? Jah thought Zuri was gone when he proved that he didn't father one of her twins. Except, Jah didn't realize when you put skeletons in the closet they start to fall out. One Sundae is out of the mental institute and moved in with Grizz. She's adjusting to her medicines and living with a man. Grizz is adjusting and learning about Sundae's mental health. While he loves her and wants to marry her, he knows he has to take it slow. Marriage, kids and a future together seem so far since her mental disease stands in the way of that. Will Grizz and Sundae get to have a future together? As if Sundae's health issues isn't enough, Grizz's ex pops back into the picture with news that tests Grizz's heart. Will he help her out? Or is he still harboring feelings from how they ended years ago?