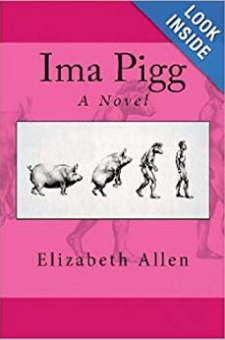 How do you like your steak? Rare? Medium well? Related? In the year 2031, meat is what's for dinner and just about every other meal. After the Agricultural Meltdown of 2018 destroyed 90% of earth's farmed produce and rendered most of what remained toxic, vegetables were outlawed. Attempting to grow carrots is now illegal. Eating salad is a misdemeanor. Serving it will get you jail time. While most of the human population adapted to a meat diet, it was hard on vegetarians. And for the animals, it was murder. Methodical mass murder. Factory farming escalated to inconceivable levels of cruelty, making the earlier holocaustic mistreatment of animals look like a walk in the park. Extreme inhumanity is rewarded. Animal Rights groups no longer exist. No one steps forward to represent the animals or increase awareness of the torture and carnage. Not if they want to live. Not until now.And livestock isn't the only game in town. If the family dog strays too far from home, it's up for grabs.After realizing centuries of heart attacks and even deadly bacteria can’t thwart man from his lust for flesh, the animal kingdom will force man's hand with one last unimaginable strategy—the one thing certain to stop all people from eating animals. What would it take for you to give up meat?