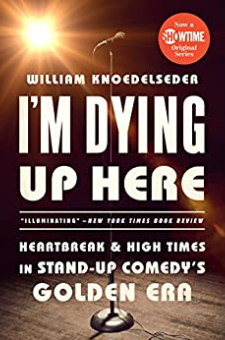 In the mid-1970s, Jay Leno, David Letterman, Andy Kaufman, Richard Lewis, Robin Williams, Elayne Boosler, Tom Dreesen, and several hundred other shameless showoffs and incorrigible cutups from all across the country migrated en masse to Los Angeles, the new home of Johnny Carson's Tonight Show. There, in a late-night world of sex, drugs, dreams and laughter, they created an artistic community unlike any before or since. It was Comedy Camelot -- but it couldn't last. William Knoedelseder, then a cub reporter covering the scene for the Los Angeles Times, was there when the comedians -- who were not paid for performing -- tried to change the system and incidentally tore apart their own close-knit community. In I'm Dying Up Here he tells the whole story of that golden age, of the strike that ended it, and of how those days still resonate in the lives of those who were there.