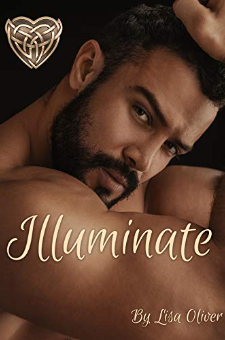 Stefan de Marco was looking for a position... again. Being a high scoring magical anchor was only useful in his world when he had someone to partner with. His slender body and elfin looks meant he was usually only chosen to anchor people who believed his duties should extend well past working hours, and that wasn't something Stefan was interested in. Taking a chance on a pleasant man he met at the Magic Council job board one day, Stefan finds himself in the upmarket side of town, but as he listened to a gruff voice in an adjoining room, he had a horrible feeling he was making another mistake... or was he? Lucifer Fireborn never claimed to be a nice person. Working as the Lead Steward for the Magic Council, it was his job to track down criminal magic users and bring them to justice. Finding out that Darwin, his younger brother and long-term anchor, had gone and allowed himself to be claimed by his magical mate was the sort of annoying distraction he didn't need. Especially when he receives word Technic, a criminal he has been tracking for three years has surfaced in Cairo. Darwin recommends Stefan as a suitable anchor, but in Lucifer's head the man is too young, too pretty and would prove too much of a distraction. Shootings, fires, and kidnapping are all in a day's work for someone like Lucifer, but when sparks of a different kind start igniting between Lucifer and his new anchor, he feels the Fates have an agenda of their own. Can Lucifer and Stefan find the bad guy and win the day, or will Technic have the last laugh after all. TRIGGER WARNING: Please check the Author's Note in the "Look Inside" option for the trigger warning for this story. This is a Male-Male fated mates romance story with a guaranteed HEA, just like all of my stories. It contains a spot of violence, some bad language, and graphic scenes of an intimate nature and is suitable for adults only.