I’ll Love You Till Death 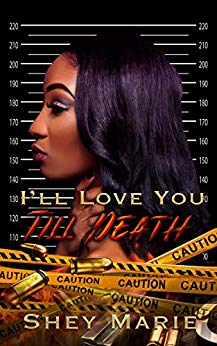 Sasha was a good girl from a small town who met a hustler named Sean from a big city. The two of them fell madly in love, and became inseparable. That was until she got caught transporting drugs for him and sent to prison. Years later after Sasha was released, she came home to find Sean a changed man. He was no longer the knight in hood armor that she had left behind. Sean became inconsiderate, disrespectful, and continuously used Sasha’s heart as a doormat to wipe his cheating feet on. After several horrific events and a tragedy, Sasha was faced with the tough decision whether to give up on her relationship and try to salvage what little pride she had left, or to stay and fight for a love that just might've resulted in the deaths of them both.