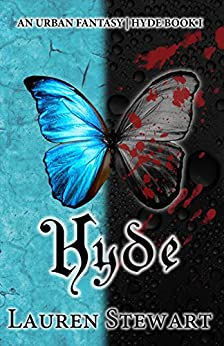 Honesty is impossible when you don't know the truth to begin with.Mitchell Turner is everything women want most in a man — he's charismatic, successful, and undeniably gorgeous. Except he's not a man — he's a monster. By venting his rage 24/7, Mitch keeps people out of the danger zone that surrounds him. But, after the most incredible night of his life, he realizes that might not be possible. Unfortunately, the woman he wakes up with claims she doesn't remember any of it. And that kind of thing can make a guy insecure.Eden Colfax is kind, loyal, honest to a fault, and cavity-inducing sweet. To rid herself of the monsters that haunted her broken childhood, Eden doesn't lie, doesn't curse, and definitely never wakes up naked in strangers' beds...until the day she does. Then the flashbacks start — places she's never been, people she's never met, blood she's never spilled. And the only person with any answers is a man she never wants to see again.What they don't know is that someone is manipulating them, determined to find out exactly what they're capable of. And when the truth leaves them nothing to hold onto, they will be forced into a partnership neither expected. Or wanted.But in life, who you trust is as important as who you are. And when you can't even trust yourself, sometimes the only person you can rely on is the last person on earth you should be falling for.***This novel is intended for adults only. It includes lots of cursing, descriptive sex, biting sarcasm, and dark themes. HYDE was inspired by Stevenson's novella but is not a retelling, in part because he and this author have very different definitions of 'bad boy'.The other novels in this trilogy are now available:Jekyll, an Urban Fantasy (Hyde Book II)Strange Case, an Urban Fantasy (Hyde Book III)--For lovers of J.R. Ward's Black Dagger Brotherhood series and Karen Marie Moning's Fever series—Make sure you sign up for Lauren's mailing list to receive her free novella: http://eepurl.com/bhGofHWhat people are saying about this series:"O-M-Effin-G!!! That was absolutely fabulous! I am telling you and swear in the name of my bookshelf that this book will sweep you away!" - The Solitary Bookworm"This book made me want to jump on the rooftops shouting Hallelujah. Yeah, it's that good." - The Eternal Scribe"After the first few paragraphs, I knew I had a little piece of gold in my hands...It's been a while since I've had something so creative and original in this category in my hands, or should I say ever." - A Bookish Escape"Wow...I'm speechless right now. I just finished this series and I'm just sitting here letting everything that happened just wash over me." - Amazon Reviewer