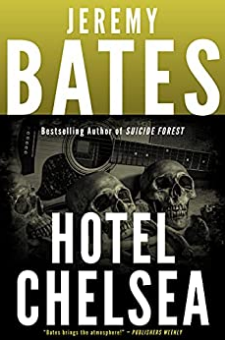 "Fans of spooky stories and ghostly encounters will relish the atmosphere of the Chelsea Association Building's Hotel Chelsea, with its dual magnificence and slowly-building terror." —Diane Donovan, Midwest Book Review

OVER ONE MILLION READERS HAVE TAKEN THE JOURNEY TO THE WORLD'S SCARIEST PLACES. NOW IT'S YOUR TURN.

The latest novel in the bestselling World's Scariest Places series takes you to the historic Hotel Chelsea in New York City. Many people consider it a cauldron of creativity due to the numerous writers, musicians, artists, and actors who have called it home over the years. But it is perhaps best known for being one of the most haunted places in in the country...

When a magazine reporter is tasked with writing a story about the Hotel Chelsea's never-ending renovations, he befriends some of the hotel's eccentric characters. As the days go by, and he experiences increasingly abnormal events in his life, he begins to wonder if there's more to the Hotel Chelsea, and its residents, than meets the eye.