Horns of the Devil 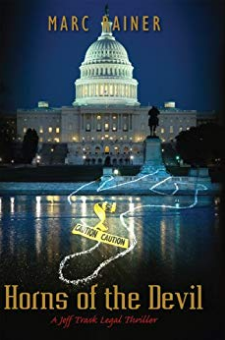 The Evil Of MS-13The beheaded body of the Salvadoran ambassador's son is dumped on the curb in front of his father's embassy just blocks from the White House. Federal prosecutor Jeff Trask and an FBI task force are called upon to solve the murder. Their search for the killers leads to the MS-13, a hyper-violent gang from El Salvador.??? A String Of Brutal KillingsTrask and his team soon learn that someone else is also tracking their suspects, and with deadly efficiency. When Trask himself becomes a target, he realizes that he is caught in a cross-fire between two of the most ruthless organizations in the western hemisphere.Author Marc Rainer brings more than three decades of investigative and prosecutorial experience to this follow-up to his hit police procedural Capital Kill. Horns of the Devil provides a view into one of the most deadly organized crime threats facing the United States today and takes the reader on a gripping ride through murder investigations complicated by Washington politics and international intrigue.??? The story is so realistic that it at times blurs the line between fiction and reality.SCROLL UP AND GRAB THIS SECOND BOOK IN THE JEFF TRASK CRIME DRAMA SERIES!