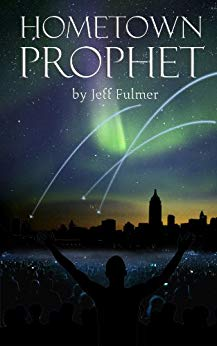 At 31 years old, Peter Quill moves back home to live with his mom in a suburb of Nashville. Following a spiritual experience, he has a vivid, cryptic dream. It isn’t until he hears a sermon at church that he understands the meaning of his dream and tells his pastor, Dr. Dan Cox, to have his heart checked out. No sooner is Dan scheduled for heart surgery than Peter has a dream about the church being attacked. When he hears a visiting preacher, Mark Shelton, rail against an attack on Christian values, he knows Mark has something to do with his dream and tries to warn Dan.His third dream involves a former member of his youth group, Jordan Stone, who went on to become a famous Christian pop singer. Reluctantly, he tells her about his dream involving a baby, which she claims has no relevance to her life. By the time Mark Shelton takes many of Trinity’s members to form his own church, Dan is a big believer in Peter’s gift. When Peter deciphers a dream about a stock market crash, his pastor encourages him to announce it in front of the church. Reluctantly, Peter goes through with it and, when the market plummets, he is heralded as a prophet. Acting on another dream, Peter attempts to save a homeless man from being beaten up. While he seems to succeed, the transient, named Jesse, claims to also be a prophet of God and says he was sent there to help Peter conquer his fear so he can become a truly effective messenger. Armed with Jesse’s words, other dreams soon follow, including a toxic coal ash spill and an arson attack on a nearby mosque. Local news cameras are rolling and the pews are packed at Trinity Church as people clamor to witness the latest pronouncement. Even Jordan Stone has come around to Peter’s gift. But, because of the nature of his socially conscious dreams, he also begins to encounter resistance from some elements in the community. His next dream involves three falling stars, which he interprets to mean three “Christian” leaders will take a fall. As ‘star’ after ‘star’ make public spectacles of themselves, Peter is viewed with even greater awe, and contempt. Mark Shelton, one of his most vocal critics, claims to have a dream that Peter will soon take a fall of his own. A couple of days later, an old acquaintance appears on television to ‘out’ Peter. Instead of trying to deny the ‘accusation,’ Peter shows up at Mark Shelton’s mega-church for an Old Testament scriptural smack-down. Following the confrontation, Peter has a final dream about a flood, which he announces on TV. As the rain begins to fall, people seem ready to heed the call to turn to God. In the midst of the rising waters, ‘small’ miracles happen as previous characters are revisited and find redemption in unlikely ways.Long after the flood waters have receded, Peter has a final dream in which the homeless prophet, Jesse, pays him a final visit. In it, he is told that, even if he never has another prophetic dream, his work is far from finished.