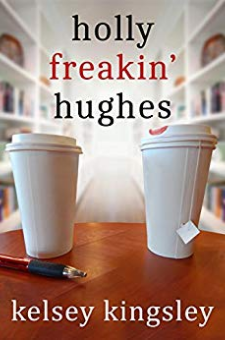 "People like you don't fall in love with people like me."Meet Holly Hughes, a moderately successful teen advice columnist living in a studio apartment on the Upper East Side with her boyfriend Stephen. She has it all, but at the ripe age of thirty-one, she wants more. She wants to be married, she wants a family, and she's going to have it all with Stephen. At least, that's what she thought, until Stephen announces he's gay, and the domino effect of unfortunate events begins. She soon finds herself unemployed, single, and living in her sister's house on Long Island, working as her niece's babysitter for less than minimum wage. She's pretty certain she's destined to live in the Land of Mediocrity forever.And then, her niece runs face-first into a tall, handsome man at the bookstore.***Holly Freakin' Hughes is an HFN title about acceptance, feeling good enough, and the reality that the grass isn't always greener on the other side. NOTE: This book contains some strong language and sexual situations. Age discretion is advised.