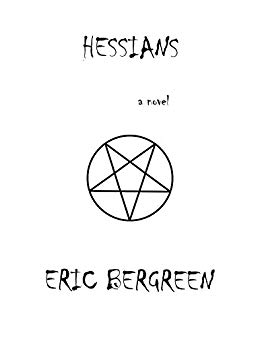 It’s the last week of summer vacation, in 1985 for three boys who find themselves on the tipping point of boredom until one suggests that they sneak into a construction site while the workers are away. After being chased out and almost caught by the onsite foreman, the ensuing adrenaline rush leaves Derek in a state of euphoria and sparks an interest in him to capture the feeling again and again.Derek suffers from a terrible case of insomnia where, every so often, his brain refuses to let him sleep for days on end while it progressively leads him to hallucinate strange, dark creatures. But as he learns that the adrenaline rushes are having a re-charging effect on his body he initiates his two best friends, Sean and Jaxon, in a new game they begin to call The Sneak.Then in an unforeseen misunderstanding at a little league game the boys make unwitting enemies with a set of older kids. The kind of kids with long hair and heavy metal t-shirts and bad attitudes who promise to exact revenge on them for their hapless mistake.Sean has lived alone with his mother and brother for years but when a new suitor comes into the picture he finds himself at odds over the stranger. At first he seems okay, charming, but eventually a dark secret will arise and Sean will learn the man's true intentions.Jaxon’s uncle is a Captain on the Corona police force and he relates to his nephew the stories of two boys who have gone missing from different city parks in the area. The symbols that have been left behind at the scenes point to something sinister and evil. The country is in the grip of the Satanic Panic and this only leads the public to more questions about who is behind the abductions.One night Derek discovers a clue about the disappearance of one of the boys but doesn’t quite know how to connect it. Then, he discovers a secret his own father is hiding as well. And when a third boy goes missing, a boy they all know, they begin a search of their own to find out what really happened to the three. But where that path leads will be someplace darker than they could have ever imagined.Hessians will take you back to that strange time in the middle of the eighties when the Night Stalker was running loose and people were accused of being Satan worshipers and some where even said to hold elaborate, ritualistic ceremonies to the Dark Lord himself. Obscure people like the gal that runs the checkout counter at the store. Or a teacher from school. Or your own neighbor.Be prepared for an adrenaline packed ride back to your youth with a kick-ass eighties soundtrack along the way. But also, remember to look over your shoulder while you do. You never know when the dragons will appear.