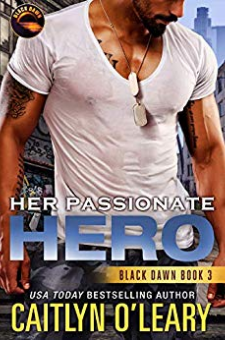 Can He Be Her Hero Once Again?Hunter Diaz, scraped and fought his way out of the gangs of East LA to serve honorably as a SEAL in the United States Navy. He has become one of the most dangerous men on the planet. When his adopted grandmother tells him his childhood sweetheart is in trouble back home, he returns to the place he vowed to leave firmly in the past.Aliana Novak spent most of her school years being bullied. Her only refuge, was Hunter Diaz, until the day he graduated and left her to deal with the tormentors herself. Those horrific experiences molded her into what she is today and made her the perfect candidate for Vice Principal of one of the toughest schools in East LA. As she fights for her students to live the best lives they can, she is targeted by one of the most dangerous gangs in the city.Hunter Expects to find the same awkward and fragile girl he once knew, instead he finds a beautiful and strong woman who is willing to risk anything for the children under her care. As Hunter tries to rekindle the deep feelings they once had for one another, Aliana withdraws further into herself. What happened to her while he was gone? Can Hunter break down her walls and prove to her he is still her knight in shining armor before she ends up dead?