Her Knight in Street King Armor 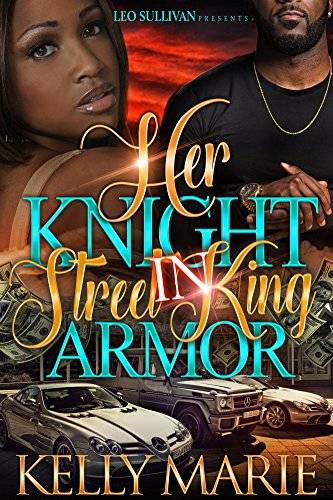 Kaliyah Diamond is a young girl who is living a troubled life. She is abused every day by the hands of the woman who is supposed to love her... her mama. One thing after another happens to this young girl until she decides to run away from home, and in doing so, she meets up with none other than Deshaun "Grim" Jones, a hired killer and the Prince of New York. She finds herself desperate and alone. When Grim offers his help, she reluctantly takes it, but can she really trust him, especially as he has ties to the very people she ran away from? Grim is a man of very little words but a strong believer in fate. He believes that he was supposed to meet Kaliyah, but is her presence a good or bad thing for his life? These two people find themselves needing each other more than they realized, and their lives are more connected than they thought. Grim's heart is filled with distrust and the belief that he will never find love. Kaliyah's heart is consumed with hate and pain, but somehow... in the midst of it all, they unintentionally touch each other's hearts in a way nobody expected.