Heart of the Dragon 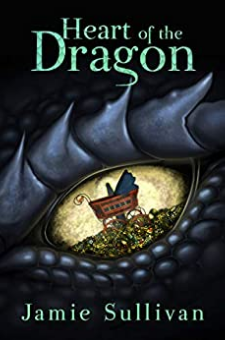 The greatest thief captures an unexpected prize.Madfall is the greatest thief in the kingdom, stealing crowns off the very heads of kings. His hoard is legendary. Simply put, he’s a dragon through and through. So, when he steals a basket of “gold” from the king’s castle but finds a baby inside, he’s at a loss. What’s a dragon to do?Seventeen years later, inexperienced knight Richard of Benfro sets out to slay the dragon, expecting death or glory. Not the most awkward meet-cute in history when he’s captured by the dragon’s human—and handsome—son.Oenyn has been content living with Madfall, enjoying the fierce and protective love of his adopted father. But he’s always been curious about humanity. When Richard blunders into the home he shares with Madfall, Oenyn grabs the chance to learn all he can about people, castle life, sex . . . and maybe love. At least until Richard makes a startling discovery.Caught between a potential future in the human world and his old life, Oenyn is faced with an impossible choice. Luckily, being raised by a dragon has left him plenty stubborn. He won’t give up his father, or his human family, without a fight.Note: This is a revised second edition, originally published elsewhere.