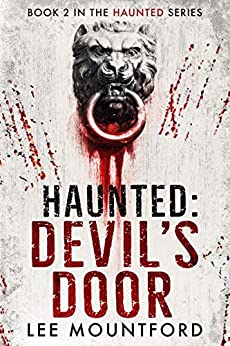 Halloween night, 1982. Many people were brutally killed or simply vanished at the Blackwater Hotel—formerly Perron Manor. The events of that night have always remained a mystery.

Ray and Rita Pearson, along with their daughter, Chloe, move into the hotel to help with its renovation and grand opening. All under the watchful eye of the mysterious owner, Marcus Blackwater.

But as they move closer to the opening date, things begin to happen in the hotel that are unexplainable. And Rita herself begins to change.

Unbeknownst to the family, there are other plans in place, and Marcus Blackwater has his own agenda—one started by his grandfather many years ago.

The story culminates in a horrific turn of events that changes everything you think you know about the house... and its inhabitants.

Buy now to continue the terrifying story of Perron Manor.

Haunted: Devil's Door is Book 2 in the Haunted series, which continues with Haunted: Purgatory