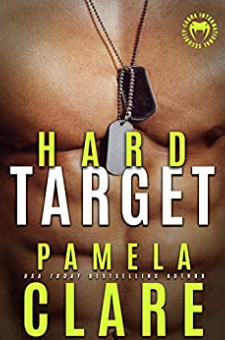 A life debt…Derek Tower has spent his life at war, first as a Green Beret and then as the owner of a private military company, Cobra International Security. When a high-ranking US senator asks Cobra to protect his daughter, a midwife volunteering in Afghanistan, Derek’s gut tells him to turn the senator down. The last thing he wants to do is babysit an aid worker. But Jenna isn’t just another assignment. She’s also the younger sister of his best friend, the man who died taking bullets meant for him. There’s no way Derek can refuse.An inescapable attraction…Jenna Hamilton doesn’t need a bodyguard, especially not one hired by her intrusive and controlling father. She knew the risks when she signed on to work in rural Afghanistan, and the hospital already has armed security. She also doesn’t need the distraction of a big, brooding operative skulking about, even if he is her late brother’s best friend—and sexy as hell. As far as she’s concerned, he can pack up his Humvee and drive into the sunset. And, no, nothing her hormones have to say about him will change her mind.A merciless enemy…From the moment his boots hit the ground in Afghanistan, Derek does his best to win Jenna over, posing as her brother so the two of them can spend time alone. Except that what he feels for her is anything but brotherly. Stolen moments lead to secret kisses—and an undeniable sexual attraction that shakes them both to the core. But events have been set into motion that they cannot escape. When a ruthless warlord sets his sights on Jenna, Derek will do whatever it takes to keep her safe, even if it costs him his heart—or his life.