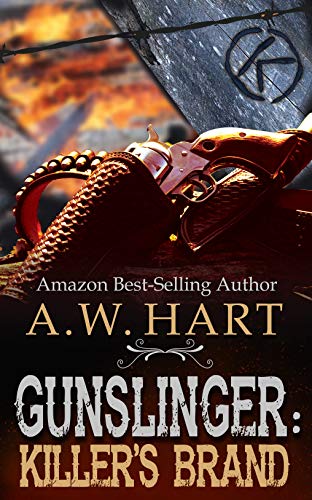 FROM THE AUTHOR OF THE BEST-SELLING AVENGING ANGELS SERIES COMES BOOK SIX IN THE HEART-POUNDING WESTERN ADVENTURE!
Shortly after finding a murdered man with a strange brand on his forehead, Connor and Abby Mack, along with their mentor, River Hicks, come to the aid of a black settler being menaced by a band of gunmen.

Upon arrival in town to report the murder and the incident, they’re confronted by a powerful rancher and his four sons, who have aspirations of taking over the entire territory. The beleaguered sheriff is of little help. The settler is charged with the branded man's murder and is also accused of being the leader of a band of masked killers, known as the Phantom Riders, who have been terrorizing the countryside.

Drawn into the web of deceit, Connor, Abby, and Hicks start their own investigation, but they're unaware that the three of them are being stalked by a cold-blooded assassin who specializes in long-range killing. Battling against overwhelming odds the trio engages in a desperate struggle to uncover the truth behind the killer’s brand.