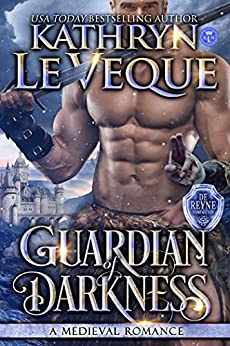 A knight hiding from King John. A fiery Scots lass with a mind of her own.

And a love they could not ignore.

1200 A.D. - After decades of warring between the Lairds of Kerr and Prudhoe Castle in Northumbria, a tentative peace is reached.

Lady Carington Kerr is sent to Prudhoe as a hostage to ensure her father’s good behavior, and a more reluctant hostage there never was. Small and dark, with emerald eyes and a luscious figure, she is as gorgeous as she is fiery.

Enter Sir Creed de Reyne; a gentle giant of a man, he is, by nature, calm and wise. He is the ice to Carington’s fire. As Carington resists the attempts to keep her in her English prison, Creed is placed in charge of the captive as both jailer and protector. But Creed is also as reluctant a protector as she is a hostage; six months prior, he had been given the important assignment of escorting Isabella of Angoulệme from France to England as the bride of King John. Isabella, a woman-child of twelve years, was smitten with Creed from the start. When he spurned her advances, she fabricated a story of Creed’s indiscretions against her and brought the king’s wrath upon him. Creed fled to Prudhoe and straight into another assignment guarding a firebrand of a young woman.

Creed soon discovers that Carington is far different from the petty child who would become queen and against both his judgment and his wishes, he falls for the Scots lass. Suffering through tragedy and triumph, Creed and Carington have a love that only strengthens with each passing moment. Even when Creed is forced to flee for his life and leave Carington behind, their only thoughts are of being together again.

With Isabella and King John closing in, Creed and Carington must fight for their very survival as two countries and a kingdom seek to separate them.