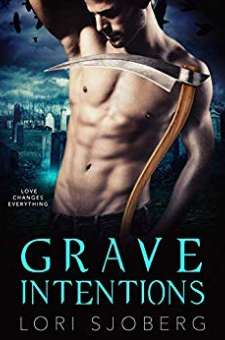 Be careful what you reap. You might fall in love with her...One act of mercy before dying was all it took to turn soldier David Anderson into a reaper—an immortal who guides souls-of-untimely-death into the afterlife. But the closer he gets to atoning for his mortal sin and finally escaping merciless Fate, the more he feels his own humanity slipping away for good. Until he encounters Sarah Griffith. This skeptical scientist can’t be influenced by his powers—even though she has an unsuspected talent for sensing the dead. Her honesty and irreverent sense of humor reignite his reason for living—and a passion he can’t afford to feel. Now Fate has summoned David to make a devastating last harvest. He’ll break every hellishly-strict netherworld rule to save Sarah...and gamble on a choice even an immortal can’t win."A highly enjoyable, intelligently written story." - New York Journal of Books“I hope to see more of what I hope will be a long running series. Highly recommended and 4.5/5 Stars.” ~ Douglas Weeks, Bitten By Romance“Grave Intentions has great characters, a very entertaining story line and a good amount of action. I really enjoyed this story. I laughed, got choked up and sighed in appreciation…Lori Sjoberg definitely did a fantastic job making her characters relatable.” ~ Tome Tender“It’s a great love story, and a great start to a new series.” ~ RomFan ReviewsOriginally released in 2013. Second edition 2019.Note: This book has a few minor changes compared to the 2013 edition. It also includes a bonus alternate ending that wasn't included in the first edition.