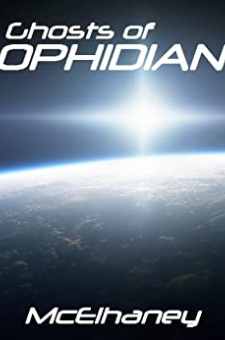 An enormous three-mile long ship has just entered the Earth's orbit and it's doing absolutely nothing... except instilling fear and speculation upon the citizens below. After a few weeks, NASA gets a boarding party together to attempt to gain entry into the giant craft. Once inside the ship, they will discover over a million creatures on ice. They will also discover the reason that the ship hasn't been doing anything beyond maintaining an orbit above the Earth - it appears that the ship has been sabotaged by whatever used to exist in three of the empty cryogenic chambers. Their investigation leads to a lot more than a potential alien invasion. Nothing is as it seems and pretty soon, the two remaining astronauts aren't sure who they should trust anymore.Brought to you by the international bestselling author of the Mystic Saga, Terraformer, Endeavor, Dominion, Warrior of the Myst, and his newest science fiction series The Ani Maxima Files. With over 300,000 books downloaded worldwide, Scott McElhaney continues to prove that a great Kindle read doesn't have to be overpriced. Check out the sequel to Ghosts of Ophidian titled "Alastair" available now!Editorial Reviews:"McElhaney's story telling is deft, well-paced, and with an ear for conversation" ~ Beacon Journal Book Review "The author does a good job of sucking you into the moment and feeling as if you are the main character. The technology and scenarios are realistic enough for this sci fi fan and, if you like a good storyteller Mr. McElhaney knows how to do it." ~Top 50 Amazon Reviewer and Vine Voice Michael Gallagher"He brings something refreshing to the '99-cent Kindle' section of Amazon." Associated Content Review Given 5.0 out of 5 stars more than 100 times on Amazon from various readers of the Mystic Saga!"[McElhaney] slipped in under the radar and firmly established himself as a fresh new voice in science fiction before anyone had a chance to react. By then it was too late and nearly every sci-fi fan who owned a Kindle had already discovered this unknown and was actively searching him out." ~Associated Content