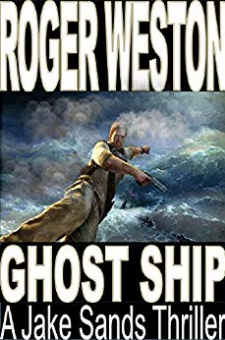 Some secrets of World War II should remain hidden—forever. Tierra del Fuego, a forgotten paradise at the bottom of the world, the southern tip of Chile. For decades, this vast and unspoiled natural Eden has harbored a secret born in a twisted brain—the mind of a psychopath of unimaginable power and consequence. The forgotten cave system never should have been found. Now, mysteriously, a famous cruise ship, docked south of Los Angeles, has been purchased by a wealthy and famous businessman. Shipwreck expert Jake Sands has been unexpectedly engaged to give the commemorative speech at the farewell party. But at the ceremony, he sees a face from the past. He realizes that he’s been lied to. Something terrible is about to happen, the likes of which the world has never seen, and that he is the only one that can stop it. But to do so, he has to enter the dark world of a twisted mind. He must now risk everything with every move he makes, because the horror of failure is unimaginable. Within just hours, thousands of innocent men, women, and children could die. The predicament is extremely hazardous for Sands. The likelihood of him surviving impossible situations and nail-biting scenarios is minuscule. The odds are heavily against him. The ruthless forces arrayed against him are deadly and efficient. A wealthy psychopath will stop at nothing to force his sick vision on America. Don’t miss this first installment of the action-packed Jake Sands maritime archaeological thriller series by Roger Weston. Grab yours today. Customer Reviews:"A Seafaring Indiana Jones"“I simply love all of Weston's books and this one did not fail to deliver.” "Usually read James Patterson...one of my best reads of late. Fast moving, interesting, bit of romance & just enough make-believe. Struggled to put it down....i would highly recommend it.""I enjoyed this book; a strong read with twists and turns to keep the reader attached the full length. will recommend.""Roger Weston's "Fatal Return' (GHOST SHIP) is an exciting read from start to finish. It's a thriller with the right dose of history to give it heft. Weston, who spent time working on various vessels in various seas, clearly knows his subject and for that readers will not be disappointed..""Not only did I learn a little history but the book was a good mystery with enough characters to make it hard to put down.""This is my first novel by Roger Weston, and I love his story-telling skills. Apparently I've been living under a rock since I haven't gotten acquainted with his work before. The fact that the author has spent time on many ships lends depth and credibility to the tale. His use of historical details adds a layer of interest to the story." "Well worth the reading."Now available: RELIC: A Jake Sands Maritime Archaeological Thriller THE TARGET: A Jake Sands Maritime Archaeological ThrillerIf you like fast-paced action packed thrillers in the style of Clive Cussler, Matthew Reilly, and James Patterson, GHOST SHIP is your next thrill ride! Grab yours today.