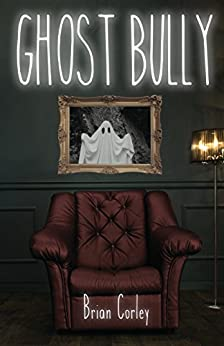 Roommates can be hell.Like when they’re late with the rent, late on bills, or constantly trying to kill you.Jonah Preston thought he knew what he was getting into after signing the paperwork to buy his new home: yardwork, a leaky pipe here and there, maybe the occasional squirrel in the attic. He just didn’t expect to share that new home with a ghost.Before all the boxes are unpacked, Jonah learns the previous owner, Willard Hensch, committed suicide in one of the bedrooms. It’s bad news, but Jonah and his (corporeal) roommate, Max, take it in stride. Jonah’s just happy to own a home and begin this new chapter in his adult life.Unfortunately, it’s an incredibly short chapter.Unhappy with his new roommates, the resident ghost quickly makes his presence known. Like, really known. When Jonah wakes up dead, he knows exactly who’s behind it. Willard. Effing. Hensch.For the newly deceased Jonah, that’s where his new chapter truly begins. He will befriend angels, fight demons, and take on a ghostly army in this comic-paranormal thrill ride through the freakish underworld of Austin, Texas.