Gardens of the Queen 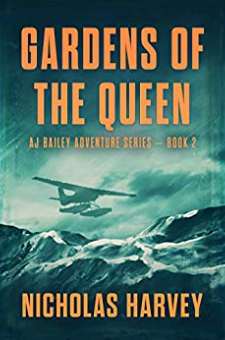 A crash landing. A dangerous secret. A deadly game of espionage.When a plane crash lands during a stormy night on Grand Cayman, dive shop owner AJ Bailey pulls the survivors from the roiling waters. The pilot, Carlos Rojas, recently fled Cuba with vital information, and now, Cuban and Russian forces are desperate to cover up the secret before it's exposed.They will stop at nothing to silence Carlos.AJ finds herself up against the might of two governments as she tries to protect Carlos, and the pristine coral reefs of the Gardens of the Queen.Can a small island dive operator prevail against ruthless, trained killers?Gardens of the Queen is the thrilling and fast-paced sequel to Twelve Mile Bank, but can be enjoyed as a stand-alone novel.