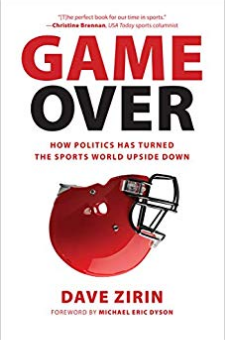 “Enlightening” essays on athletes, activism, and the important role sports plays in our society (Publishers Weekly).   Sportscaster Howard Cosell dubbed it “rule number one of the jockocracy”: sports and politics just don’t mix. But in truth, some of our most important debates about class, race, religion, sex, and the raw quest for political power are played out both on and off the field. From the NFL lockout and the role of soccer in the Arab Spring to the Penn State sexual abuse scandals and Tim Tebow’s on-field genuflections, this timely and hard-hitting new book from the “conscience of American sports writing” offers new insights and analysis of headline-grabbing sports controversies (The Washington Post).   It explores the shady side of the NCAA; the explosive 2011 MLB All-Star Game; and why the Dodgers crashed and burned. It covers the fascinating struggles of gay and lesbian athletes to gain acceptance, female athletes to be more than sex symbols, and athletes everywhere to assert their collective bargaining rights as union members. Dave Zirin also illustrates the ways that athletes are once again using their exalted platforms to speak out and reclaim sports from the corporate interests that have taken it hostage. In Game Over, he cheers the victories—but also reflects on how far we have yet to go.   “A book that no thinking sports fan can afford to miss.” —Jonathan Mahler, author of Ladies and Gentlemen, The Bronx Is Burning