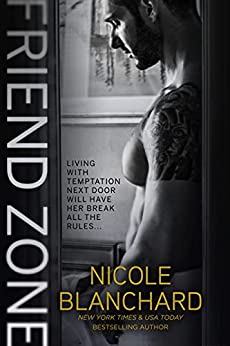 Liam Walsh is just a roommate.

Maybe if Charlie St. James repeats it enough, she’ll stop lusting after him. Not that it matters how she feels anyway, because Liam will always see her as one of the boys. Hell, he’s the one who gave her the nickname Charlie as a joke.

Well, the joke’s on her.

Now that she is confined to less than 1,000 square feet with him, she can’t stop thinking about how it would feel to get just a little bit closer.

Charlie St. James is off limits.

She’s been Liam Walsh’s best friend since grade school. He thought it wouldn’t be a big deal to let her crash with him when she needed a place to stay, but he was dead wrong. Knowing only a thin wall separates them when they sleep, that she’s naked in the shower while he lays in bed fantasizing about her, is unbearable.

When their cozy two bedroom goes from friend zone to war zone, they’ll either burn up the sheets or go down in flames.