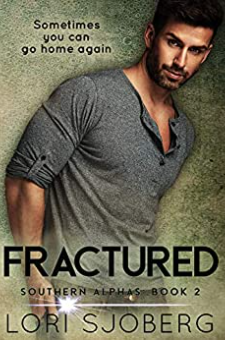 Carter Phillips has returned from multiple deployments, and he’s brought a few demons home with him. War has left him scarred, inside and out, and he’s counting on the peace and isolation of his family’s farm to keep his head screwed on straight. What he doesn’t bargain for is Amy Williams, the new horse trainer. She’s kinder than he deserves, tougher than he expects, with a hidden core of vulnerability that triggers his need to possess and protect her. Amy has finally pieced her life back together, after being forced to give up everything and assume a new identity. Now she’s safe, no longer the target of accusations and death threats—but she’s also alone. The only danger to her secrets and her celibacy is Carter Phillips, smoking-hot former Marine—and her boss’s brother. With each passing day, she finds it harder to lie to him about who she is—and who she wants. Neither of them wants to talk about the past, but the more time they spend together, the closer they become. When the truth comes out, will it set them free or tear them apart forever?***A sizzling standalone romance******Each book of the Southern Alphas Series follows a different couple.***