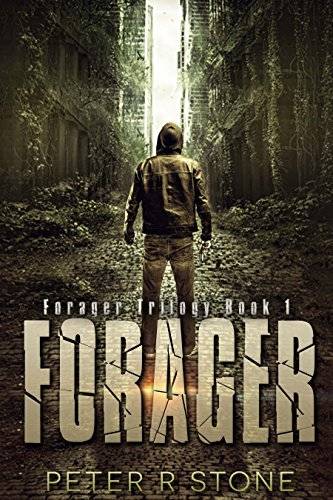 Over 50,000 Copies Downloaded/Sold to Date Award-Winning Finalist in the "Fiction: Science Fiction" category of the 2015 USA Best Book Awards Twenty-year-old Ethan Jones lives in a post-apocalyptic, oppressive society that terminates anyone with mutations caused by nuclear radiation in an effort to keep the human race pure. Because of that, he lives every day in fear for his life, for he has an incredible mutation that gives him an edge when foraging in Melbourne's ruins. An edge he uses to survive encounters with the vile Skel savages who roam those ruins. His life becomes complicated when he rescues a mysterious Japanese girl from the Skel and brings her back with him, for she breaks the town's rigid conventions in her pursuit of him, placing their lives in jeopardy. Her odd behaviour and probing questions baffle him, as does the fact that he understands her when she speaks in Japanese. At the same time, the Skel ramp up their attacks on the foraging teams. Is this part of a larger plan that could spell the town's doom? And why do the Skel suddenly possess advanced technology - who is backing them, and why? Keeping his mutation secret, uncovering the girl's true intentions and trying to save the town all vie for Ethan's attention. And if he fails, not only his life, but the lives of all, are at stake. * This professionally edited, updated version of Forager was uploaded to Amazon on 7th May'15. * Books in Peter R Stone's Forager Series Forager Trilogy Forager - Book 1 Infiltrator - Book 2 Expatriate - Book 3 Forager Impersonator Trilogy Impersonator - Book 4 Specialist - Book 5 Revolutionary - Book 6 The thrilling conclusion to the Forager and Forager Impersonator Trilogies "The main thing that I really liked about Forager was that I was constantly taken by surprise." -- From Trips Down Imagination Road. "I love that everyone in Ethan's home is one way, while the Japanese girl he saves is almost the exact opposite. Woman are to be seen and not heard, but this girl has guts like you wouldn't believe." -- From Journey with Books.