Feenin’ for His Love 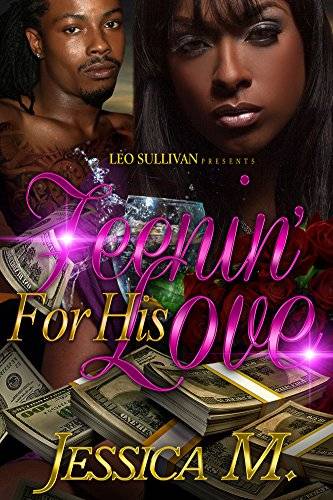 What do you do when love just doesn't love you anymore? This was how Jessilynn Proctor has felt the last few years of her life. Hooked on a man who mistreats her and uses her size to degrade her, she still held on for her children's sake. Jessi's hope to one day become Damon's wife had faded over the years. Damon had cheated far too many times, and now Jessi was at the end of her rope. The last infidelity had done it for her, but Damon refused to give her up. When the unthinkable takes place, Jessi realizes she must get away from Damon and his bad ways for good. Kingland and Charli Sinclair seemed to be the ideal couple, but most didn't know that behind closed doors they were miserable. Kingland was brought up by a father who held firm to the belief that if a man started something, he stuck it out and made things work. Kingland didn't want to disappoint his father and leave Charli or disappoint the three kids that they shared, but he was tired of his wife and her hood ways. He was a business man and hustler all at the same time, and he didn't need all the extra mess that his wife brought along with her. She was jealous and vindictive, which were two things he couldn't stand in a female. He'd made a good name for himself with his businesses and in the streets, and he didn't need Charli in the way. King had married Charli because he actually thought he could change her. He knew Charli had the potential to be a good woman, and he had high hopes for her as a hustler's wife. When he went to business school, she went to school to be a social worker. They both loved to help others, but when Charli allowed her ghetto friends and family to get in her head, she began to use her connections as a social worker to hurt people instead of helping them. When circumstances arise that place Kingland and Jessilyn in each other's path, lives begin to change, and not for the better. What one man won't do, another one will. And what one woman takes for granted, another will appreciate. Jessilynn has been feenin' to be loved and loved right. If a man treats a woman the right way and caters to her heart, she will forever be his... Will these people weather the storms of love, or will they crash and burn as they search for the love they have all been feenin' for? You don't want to miss this rollercoaster ride as everyone looks for love in all the wrong places.