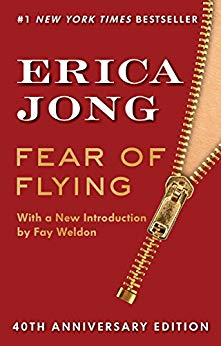 The blockbuster novel of female freedom and empowerment that launched a sexual revolution  After five years, Isadora Wing has come to a crossroads in her marriage: Should she and her husband stay together or get divorced? Accompanying her husband to an analysts’ conference in Vienna, she ditches him and strikes out on her own, crisscrossing Europe in search of a man who can inspire uninhibited passion. But, as she comes to learn, liberation and happiness are not necessarily the same thing. A literary sensation when first published in 1973, Fear of Flying established Erica Jong as one of her generation’s foremost voices on sex and feminism. Nearly four decades later, the novel has lost none of its insight, verve, or jaw-dropping wit.  This ebook features a new introduction by Fay Weldon, as well as an illustrated biography of Erica Jong, including rare photos and never-before-seen documents from the author’s personal collection.